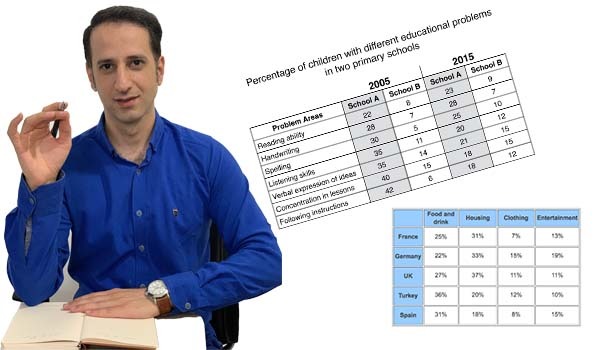 The table below gives information on consumer spending on different items in five different countries in 2002.

The table illustrates the percentages of consumer spending in five nations, comprising of three categories of products and services in 2002.

Overall, the largest proportion of consumer expenditure for each country was for food, drinks and tobacco. Conversely, the leisure and education section shows the lowest percentages of spending among the five countries.

In terms of the lowest expenditures, the table shows that Sweden had the lowest figures for national consumer spending for food, drinks and tobacco and clothing and footwear, at 15.77% and 5.40% respectively. Spain had the lowest amount of spending on leisure and education at almost 2%, followed closely by Ireland with a figure of 2.21%. 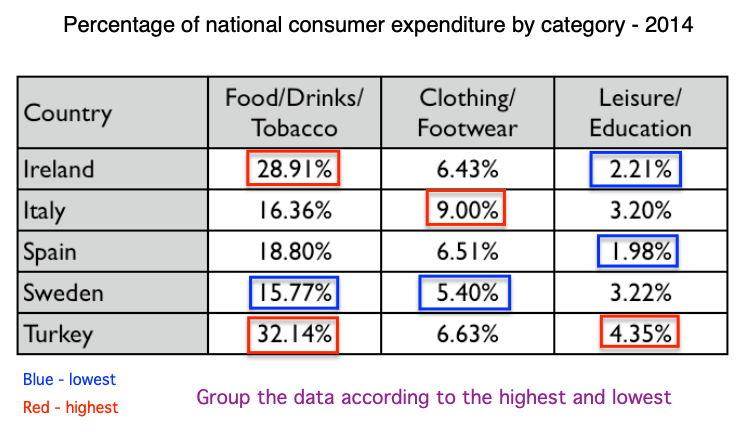