The bold words on the right were in the original text.

Here is how I have reformulated the above paragraph using these synonyms and paraphrasing.

Cinnamon is a sweet, fragrant spice made from the inner bark of trees of the genus Cinnamomum, which originates from the Indian subcontinent. It was known in biblical times and is stated in a number of books in the Bible, both as an ingredient that was added to oils for anointing peoples bodies and also as a token which was a sign of friendship among lovers and friends. In ancient Rome, mourners participating in funerals burnt cinnamon to create a sweet smell. Most often, however, the spice found its main use as an additive to food and drink. In the Middle Ages, Europeans who could afford the spice used it to flavour food, especially meat, and to leave a mark on those around them with their ability to purchase an expensive condiment from the ‘exotic’ East. At a banquet, a host would offer guests a plate with various spies piled upon it as an indication of how wealthy an individual is. Cinnamon was also said to be beneficial to well being and was believed to heal different illnesses, such as indigestion.

The bold words on the right were in the original text.

Here is how I have reformulated the above paragraph using these synonyms and paraphrasing.

Toward the end of the Middle Ages, the European middle classes began to desire the way of living similar to that of the elite, including their consumption of spices. This resulted in an increased need for cinnamon and other spices. At that time, cinnamon was transported by Arab merchants, who kept the source of the spice under wraps from potential competitors. They took it from India, where it was grown, on camels through an overland route to the Mediterranean. Their journey ended when they arrived at Alexandria. European traders sailed there to buy their stock of cinnamon, then brought it back to Venice. The spice then travelled from that great trading city to markets all around Europe. Because the overland trade route allowed for only small amounts of the spice to reach Europe, and because Venice had a virtual cartel on the trade, the Venetians could set an excessively high cost. These prices, together with the increasing demand, prompted a search for new routes to Asia by Europeans keen to get involved in the spice trade. 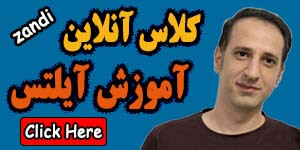