How to use prepositions accurately in writing task 1 academic 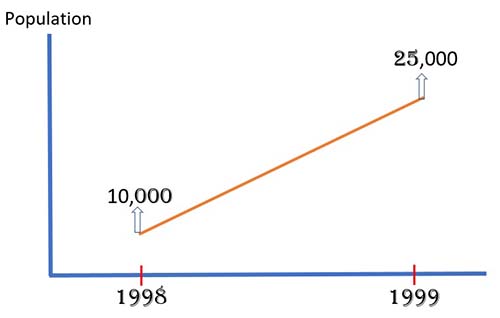 ‘Between’ / ‘and’ is used for a start and end time

Use these words below (some can be used more than once)

The monthly expenditure on children’s sports saw a rise from 20 pounds to a little over 30 pounds between 2008 and 2014.

Figures for participation in athletics started at around 1 million children in 2008. This remained constant until 2010. However, between 2010 and 2012 the proportion of children taking part in Athletics rose to 5 million with a slight dip by the end of the period.

The number of children taking part in swimming began at a little less than 2.5 million in 2008  and saw a steady increase ending at around 4 million.

The figure for youngsters participating in football stood at just over 7.5 million in 2008. From 2010 to 2014 it increased by approximately 1 million. All three sports showed increases during the whole period.