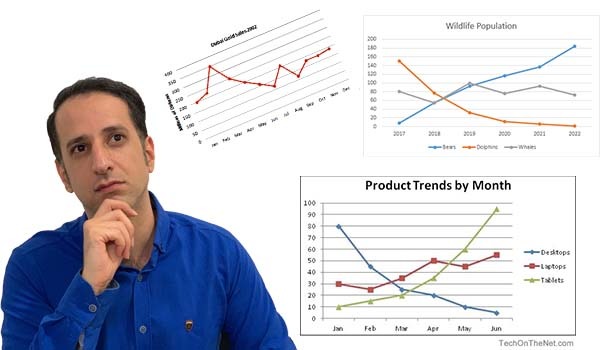 Future simple (Will + base verb)

Future perfect (Will + have + past participle)

Example sentences based on this chart.

2. It is predicted that by 2030 in China, car production will have increased.

3. From 2025 onwards, the number of cars made in Japan is expected to show a similar trend to that of the USA.

4. The number of cars that will be manufactured is likely to drop drastically in the USA by 2035.

5. There is expected to be a gradual increase in car production in China after 2020.

The graph shows the estimated number of cars that will be manufactured from 2020 to 2035 in hundreds of thousands in Japan, the UK, the USA and China.

Overall, Japan, the UK and the USA show predictions that the number of cars manufactured is set to decline sharply by the end of the period. China on the other hand, indicates that there will be a gradual increase in car production over the whole period.

By 2035, car manufacturing in the USA is expected to drop dramatically from 300,000 to just over a few thousand cars manufactured. The UK is also anticipated to follow this trend and shows a considerable decline in the number of cars that will be produced. Japan, which indicates it will be the leading car maker in 2020 at 350,000 cars, is set to show a slight increase in production by 2025, but then a marked drop where production is predicted to fall to around 100,000 .

On the other hand, China is predicted to show a gradual increase in car production over the whole period. It is estimated that production will be at 100,000 in 2020 and by 2030 it will have surpassed the other three countries, ending at around 150,000 vehicles by 2035.

This is for practice purposes only, it is not an official Cambridge task.

The graph illustrates data from a 2008 report regarding energy consumption in the USA since 1980 with predictions until 2030.

Overall, fossil fuels have shown increases in consumption since the start of the period with expectations for even more reliance on these fuel sources. Cleaner energy sources have accounted for considerably less consumption with predictions for a similar trend.

Regarding cleaner energy fuel sources, they all began the period at under 5 quadrillion units and showed declines in their use, with the exception of nuclear, which climbed slightly to 6 quadrillion units in 2005 and is anticipated to reach about 10 quadrillion units. Solar and wind also expect to see slight increases. Hydropower is projected to remain relatively unchanged until 2030.